I got swept up in 12th Man fever. Also, it’s easier to have a routine during the work week than on the weekend so when I said I thought the challenge was helping, well…apparently it only sort of helps and only Monday-Friday. Putting all that aside, let’s move on to day seven in the challenge!

The women’s outfits changed in direct sunlight, if I recall correctly.

Yeah, neon pink was a significant part of my childhood. My sister and I received a ton of Barbie stuff over the years. We had a Barbie car, a Barbie beach set (boat, hammock), a Barbie horse, a Barbie swimming pool, a Barbie bathroom set, a Barbie-sized kitchen set that was not made by Mattel, and a Barbie bedroom set. We had all kinds of doll sets. Anyone remember the “Heart” families? We had those. We also had Skipper and Todd and Stacy and…whoever the boy equivalent was of Stacy. When Disney’s version of Pocahontas came out, we both loved the movie so much that we wound up with four dolls (Pocahontas, John Smith, Kocoum, and Nakoma) and the Powhatan village set. Some of this we got secondhand from older kids we knew, but a lot of it we received over the years. My parents also built us a two part Barbie-sized dollhouse that was two stories on each half and on wheels so we could pull it apart and move it around. It even had carpeting and linoleum–samples from home decorating stores.

You would think that we would have had all kinds of the expected game play with these dolls–playing house and whatnot–but our Barbies rarely had normal lives. There were a lot of spies and various adventures involving running away from different villains. We only played house insomuch as it was a great place to start these adventures before we took our dolls off somewhere else. This is the kind of imagination that we shared: when I was about 3 years old, I bit the nose off of my sister’s Doctor Barbie. After my sister stopped hating me, we just pretended that she lost it because she worked with leprosy patients.

The adventures we imagined for our Barbies would not have happened without books. I was fortunate to grow up in a house full of books. My dad studied religion and philosophy in college, and my mother majored in English and education. Needless to say, we had plenty of books to read as children. My mother read aloud to us daily, and my sister and I read a lot to ourselves. I attribute our active imaginations to these books, and I think our pretend play could be linked primarily to the much-loved books of childhood. Perennial favorites in the Shaw household were The Hobbit, The Chronicles of Narnia, Little House on the Prairie, Anne of Green Gables, The Wolves of Willoughby Chase, and many many more. 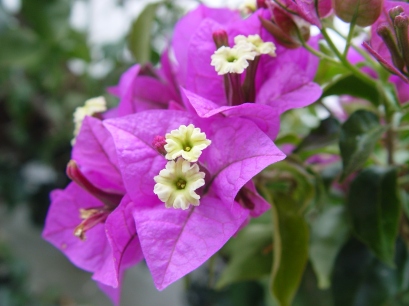 I loved my bike, but it frequently became a horse that I would ride to escape the Sheriff of Nottingham. I loved the swing in our yard, but it was often used to fly over gaping chasms a la Indiana Jones. I loved climbing trees, but they were so often fortresses or the Lost Boys’ homes in Neverland. I once picked up an old car antenna and fought a duel with an imaginary foe, complete with brilliantly witty quips. (I won, of course.) Shooting hoops in the basketball court my dad made in our yard was never just a sport, it was a matter of life or death. The space behind the profuse bougainvillea bushes was not just a respite from the equatorial sun, it was our super-secret hideout with built-in security measures. (Bougainvillea thorns can be brutal.) The plants in our atrium became a jungle for our various toys.

These are a few of my favorite toys!